Today immigration has become one of the most frequent news which is common between all people. Although immigrating can be a hard process but when it is becoming an epidemic, so many people are thinking about it and they try their best to immigrate to a better country such as Australia. If you are having a dream to immigrate to be with us and Ehsan Jahan Andish to find the best way.

When it comes to immigration, there are so many things you should know about an immigration agent. People who are working in this field are the ones who has been approved by the Australian government and they are going to help those who have no idea about the situation of immigrating and their own conditions. Among all these agents, Ehsan Jahan Andish is one of those who approved to be a professional in the field of immigration. He is the manager of the Smart Migration group.

Who is an immigration agent?

People who intend to immigrate to another country should know there are so many laws which they should know about. You may think that there is no need for a agent to help you during the process but Ehsan Jahan Andish believes something different. Imagine that you are going to immigrate to another country where you know nothing about. You may calculate your scores in a way that you become disappointed or, on the contrary, be so optimistic.

Surely you can gain some information on the websites which have comments on this issue but not all the countries have the same rules and you should know some details about the rules of the target country and also about embassies.

Ehsan Jahan Andish believes that there are some rules which are not banning your entrance to a country but of course their does. At last you will understand that some rules are so different from what you imagined. When it comes to immigration you should know that one of the most severe and strict countries is Australia. Ehsan Jahan Andish can tell you everything about the immigration process to this country.

Who is Ehsan Jahan Andish?

Ehsan entered Australia on 2008. Shortly, he became so successful in different agencies in Australia. In 2010 he gets the necessary degrees and then he started to work as a agent in Australia. He has been working as a translator in different positions in the immigration system of Australia and one of his extreme experiences is how he worked with the refugee’s camps and within the interview

part. With his glorious background, he became so acknowledged about the challenges which the immigrants were facing before and are facing now.

After 6 years, Ehsan Jahan Andish has passed the duration of law of immigration and after working with so many experienced agents, he started his official working on 2016.

Ehsan Jahan Andish is professional and he is proficient in Multi Languages and rules of immigration. He believes that the key to a better community is being multicultural. He is a professional in skilled visas and he is working with students and also the refugees. Ehsan Jahan Andish has so many experiences on the cancelation of visa, appealing applies and also the citizenship rules.

You should know that all the agents who are working in Smart Migration are professional and also experienced. They are doing their jobs with high standards and also they keep their information updated all the time.

What you will know with Us?

Immigration has so many ways. There are so many new rules which are updating day by day and year by year. With Ehsan Jahan Andish immigrating group you will be updating yourself about the immigration recent laws.

If you are experiencing life in a foreign country, you should know that immigration to Australia is one of the most favorable options for Iranian people.

but recently there are so many tough laws which you should be aware of to become successful in this way.

Get to know Australian Immigration Laws with Ehsan Jahan Andish

It is said that Australia is one of those countries which put an age limit for its immigrants. In new laws paraphrased by Ehsan Jahan Andish you will notice that the legal age for immigrating is under 45 by the recent changes in 2019.

If you are going to immigrate to Australia, you should know that your degree is one of the most important points in the process. You should translate your degree and then you should see if it is accepted by the Australian universities or not. If you are having a diploma in vocational training college, it is a very positive for your scoring.

Anyway, Australia has a very easy condition for those who traveled to this country before. It is said that the process of immigrating is easier for such a person. One of the easiest ways of immigrating to this country according to Ehsan Jahan Andish. You should know that even when it is easy, you should have at least 1 to 8 year of working experience, also as we said the vocational training degrees are valuable.

What you should know about Australia?

Australia is located in the continent of Oceania. It is said that it’s not a very vast country but it covers 7,682,300 square kilometers and making this country the 6th largest nation in the world. It is not only the 6th biggest country in the world, but it has the most amazing natural scenes that you can enjoy.

The currency of Australia is the Australian Dollar which is called AUD.  As well people here are calling the Australian. If you wish to become Australian, you can counsel with Ehsan Jahan Andish and find out the best way to get your visa as soon as possible.

Normally the person who is working with you as the immigration agent will tell you so many things about the country that you want to go. Ehsan Jahan Andish will tell you everything about Australia. This country is located in an area in which there is so much rain. As we go forward to the center of this country the climate will be more humid. There is a maximum temperature of 30 degrees in winter which is specified for the city of Darwin.

The immigration agent will make you familiar with the state rules!

Someone who is working as the immigration agent will tell you about the different states which among all we can name new south wales, Queensland, Tasmania and … . although Australia has some important cities as well where Sydney and Melbourne are two most important ones.

Is there anyone in Australia who is from Iran?

What you should know about us is that the Smart Migration group has the ability to help you find out about the best way to immigrate. This group has been powered by Ehsan Jahan Andish who works as the immigration agent for many years. In here we told you a brief about him and all you need to know is that this group is going to help you on your immigration process. 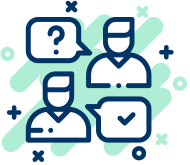 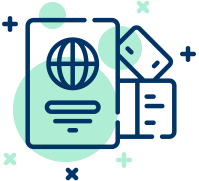 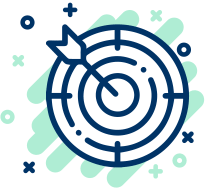 WHO WE HELP
close
Start typing to see posts you are looking for.
Scroll To Top